The oak-and-pine hamlet of Mashobra, located in Shimla district of Himachal Pradesh, is widely regarded as one of North India’s most tranquil destinations. Significantly, Mashobra houses one of the two Presidential retreats in India, the other retreat being in Secunderabad. With its wooded landscape and snow-topped mountain crests, this quaint hill town serves as a part-time home to several well-known writers and artists.

Mashobra was developed by Lord Dalhousie in the 19th century. Interestingly, the hill station finds a mention in the biography of the Mountbattens, who spent some time at the retreat in 1948 and were visited by Pandit Jawaharlal Nehru, the then Prime Minister of India. With its coniferous forests, limpid mountain brooks, apple orchards, and colonial architecture, Mashobra is very much the idyll weary city-dwellers seek to escape the humdrum of the daily grind. Some of the cultural points of interest in the area are The Presidential Retreat – the official summer retreat of the President of India, the Jakhu Temple – an ancient Hanuman temple located on Shimla’s highest peak, the Mahasu Devta Temple – a popular shrine dedicated to Lord Shiva and the site of the annual Mahasu Jatra festival, and Craignano – the flower-speckled picnic spot and home to a breathtaking villa built by an Italian photographer. Places of natural beauty that merit a visit are the Chadwick Waterfall, Tattapani River, and Reserve Forest Sanctuary.

A veritable cocoon of natural bounties, Mashobra offers opportunities aplenty for adventure activities such as paragliding, camping, trekking, rappelling, and river rafting. Other leisure activities include birdwatching at The Reserve Forest Sanctuary and sauntering down Lakkar Bazar, a marketplace that exclusively sells wooden handicrafts and miniatures.

Connected to the state capital of Shimla through the historic Hindustan-Tibet Road in the 19th century, Mashobra continues to be easily accessible by road, rail, and air. The nearest airport as well as railway station to Mashobra is at Shimla, located approximately 10 kilometres away. As far as road accessibility is concerned, Mashobra is well-connected to the major cities of India such as Delhi, Amritsar, and Chandigarh by a network of well- maintained roads.

With a lively cultural scene, Mashobra is more than just a lovely hill station. Two local festivals celebrated with much pomp and fanfare are the Mahasu Fair and Sipi Fair, both specific to the area. Another occasion that witnesses grand festivities is Baisakhi. A major producer of horticultural products, Mashobra boasts a local cuisine rich in fruits and vegetables. Chicken Anardana -chicken cooked in a yoghurt and pomegranate juice gravy, Dham - rice cooked with green lentils, Sepu Vadi – lentil dumplings in spinach gravy, and Kaddu Ka Khatta – pumpkin cooked in a sweet and spicy tamarind-based gravy are some of the area’s legendary culinary delights.

Although Mashobra’s sylvan charm has been attracting visitors for more than a century, it is only in recent decades that the place has seen a steady stream of tourists who come here to explore its pristine, uncharted terrains. Although there are a fair number of hotels in Mashobra, the Fortune Select Cedar Trail with its picture-perfect location, modern amenities, unmatched hospitality, and bouquet of services is the ideal place to get a slice of mesmerizing Mashobra while enjoying a range of creature comforts.

The oak-and-pine hamlet of Mashobra, located in Shimla district of Himachal Pradesh, is widely regarded as one of North India’s most tranquil destinations. Significantly, Mashobra houses one of the two Presidential retreats in India, the other retreat being in Secunderabad. With its wooded landscape and snow-topped mountain crests, this quaint hill town serves as a part-time home to several well-known writers and artists. 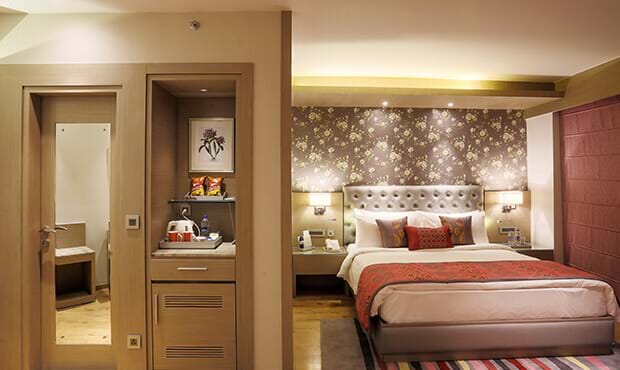 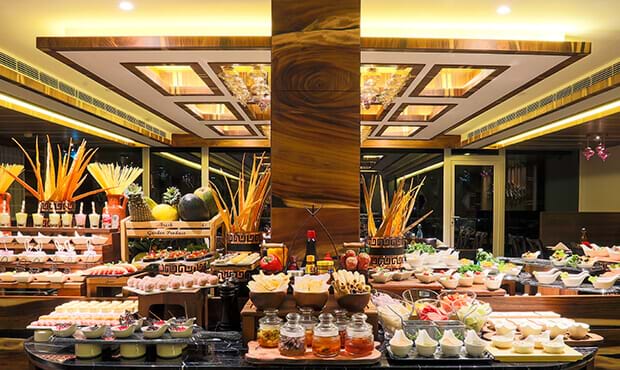 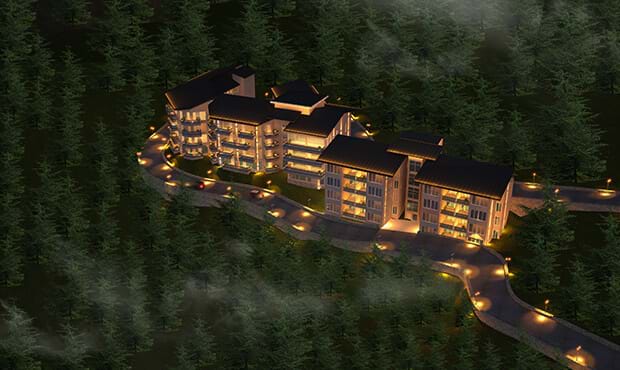